BEAUFORT, S.C. (September 18, 2020) – Parker’s — a nationally acclaimed convenience store company and food service leader that was named the 2020 CSDecisions Convenience Store Chain of the Year — recently donated $30,000 to Beaufort County Schools in South Carolina as part of the company’s Fueling the Community program, which donates one cent of every gallon of gas sold on the first Wednesday of each month to local schools.

“At Parker’s, we believe in the power of education,” said Parker’s founder and CEO Greg Parker. “We know education has the ability to transform lives and to create opportunities right here in Beaufort County. We’re honored to give back to the Beaufort County community and to support hardworking teachers, staff and students during this challenging time.”

Launched in 2011 with a mission to give back to every community where Parker’s does business, the Parker’s Fueling the Community charitable initiative distributes more than $200,000 annually to public and private schools throughout Georgia and South Carolina.

The check was presented to Beaufort County Schools via Zoom video conference on Sept. 15 due to the Coronavirus pandemic. Superintendent Frank Rodriguez accepted the donation on behalf of the school district.

“This annual donation from Parker’s is a model of corporate generosity in support of children,” Rodriguez said. “This year takes us over the $130,000 mark since the company first included our district in its program six years ago.”

Founded in 1976, Parker’s is one of America’s most respected convenience store brands and is known for having the cleanest stores in the industry. Parker’s serves award-winning Southern-inspired food and offers an acclaimed Parker’s Rewards program, which has saved customers more than $10 million since its inception. The company gives back to every community where it does business through the Fueling the Community charitable giving program. 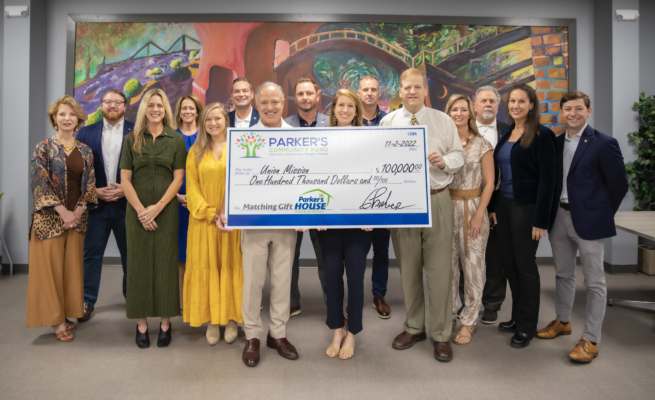